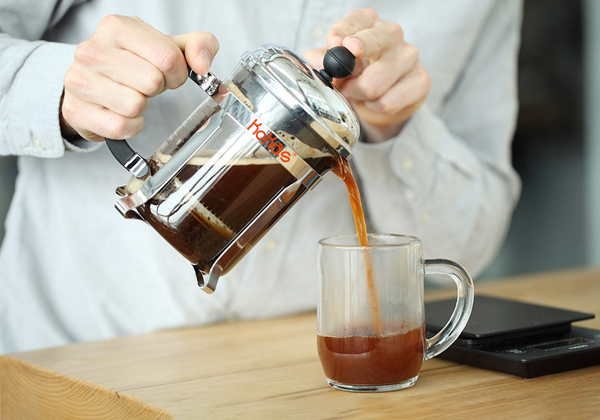 Why is the pressure pot called a lazy pot?

The Frech press, also known as the French press-filter pot, was made in France in 1850 by a heat-resistant glass bottle (or transparent plastic) and a metal filter with a pressure bar. Originally used for brewing black tea, it is also known as a tea maker.

In March 1852, a horsepower craftsman and a businessman jointly obtained a patent called "Piston Filter Coffee Device". The patent describes a metal can connected to a movable rod having a hole at the bottom and a layer of flannel on the upper and lower sides. After the lever is manually pulled, the lever is moved in a cylindrical container. “Put the lever down to the end,” the inventor wrote. “The filtered coffee stays above the tie rods and is refreshing and refreshing.” But it wasn’t until the late 1920s that a Milan company registered a modified version of the French press pot. The pressure pot has gradually become familiar. The company gradually improved the design of the pressure pot in the years after the patent was registered. In 1935 they introduced a perfect press-pressure pot - a spring on the disc-shaped structure at the bottom of the piston to keep the disc flush with the bottom of the container. The popularity of the French press pot in the United States took a lot of effort. In the early 1980s, some Americans learned how to use the French press pot and called it cafetière. Others called it the French Piston type. Coffee machine". In 1993, Florence Fabricant introduced the “French Press Method” to readers in The New York Times. It was said that the pressure pot is the favorite instrument used by coffee connoisseurs.

The pressure pot is an important part in the history of coffee development. If a chain is in a loop, it will be broken. Hundreds of years of rumors have also witnessed the charm of the pressure pot, its biggest feature is easy to operate, multi-purpose pot, easy to carry, whether it is travel, or placed in the office is very convenient and practical. It is also very suitable for the friends who are just getting started, the technical requirements are not high, and they can experience the true coffee flavor.